James has recently been interviewed in Seattle about his latest film When the Rain Sets In. 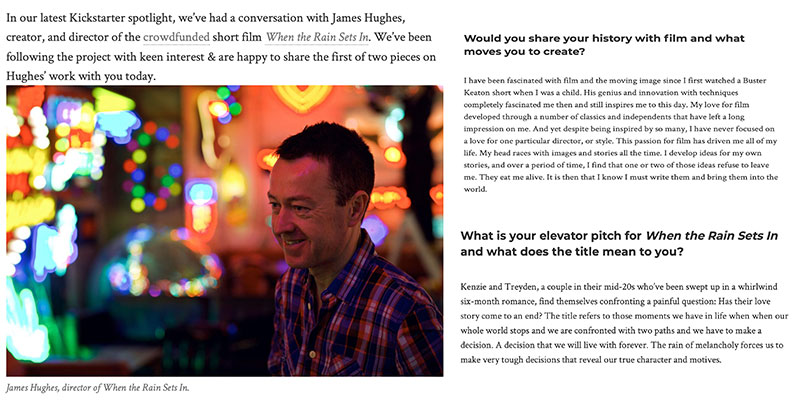 The full interview can be read here.

“The manner in which the film is shot makes the story all the more powerful.” – DC Shorts

“James Hughes is a true auteur in the fullest sense. His films enlighten and engage the viewer all the while accentuated with cinematically beautiful images and lighting that would make Kubrick proud. He’s a seasoned professional that has an eye for talented actors that can take his words from the screen and into the viewers conversations long after viewing his films. His range of films take us on a ride further than we expected to go, and wanting more.” – Zach Sellenberg, Producer

“A genuine talent and a real find.” – Maverick Media

“An innate ability to tell a good story that is self evident in his superb and unique
scriptwriting.” – Six Foot High Films

“One of the best directors we have worked with.” – Barbed Wire FX (Spider-Man 2)